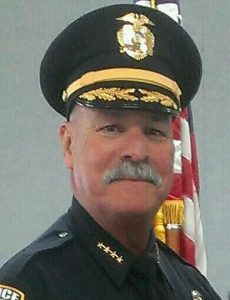 Chief Turegano has been the Chief of Police for the City of Huron, California, since July 2012. He directs all law enforcement and public safety services for the city police department 24/7 365 days and is a full-service agency.

He holds the Executive Certification awarded by the California Commission on Peace Officer Standards and Training.

Chief Turegano was awarded the Officer of the Year in 2001 from the Presidio of Monterey, California Police and the ‘Chief George Turegano Public Safety Building’ was dedicated in his name by a City Council Resolution in February 2018.

Over the years Chief Turegano has successfully obtained outside funding for the city’s police building infrastructure and for an Ambulance and Ambulance Facility. Being a true Animal Advocate, he worked with local farmers and others to fund an Animal Control Shelter & Kennel for his community.