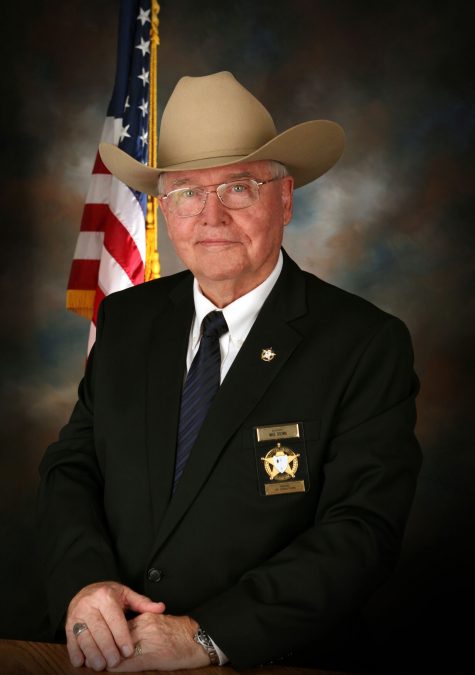 Sheriff Michael J. Brown is a native of Bedford County, Virginia, who in 2019 marked fifty-three years in the law enforcement/criminal justice arena on the local, national and international level.

Sheriff Brown founded and has directed, until his retirement in 2019, a national task force dealing with the sexual exploitation of children over the Internet for the Department of Justice, Office of Juvenile Justice and Delinquency Prevention. As such, Brown is the longest-serving US DOJ, Internet Crimes Against Children Task Force, Administrator in America. Brown twice testified before Congress: in 1999 on matters concerning Internet crimes against children (sexual exploitation of children and child pornography on the Internet), and again in 2001 concerning the COPS Program. In 2000, Brown was selected by US Attorney General Janet Reno to serve on the Crime Technology Initiative Forum, Office of Science and Technology Policy, Executive Office of the White House, and in in 2002 was a member of Virginia Attorney General Kilgore’s Task Force on Identity Theft.

Sheriff Brown is a former member of the Executive Committee, Board of Directors, National Sheriffs’ Association, where he served as the Chair, Education and Awards Committee, and was a member of the Congressional Affairs and Technology Committee. He also served as the Vice Chair, Board of Directors, National White Collar Crime Center, and member of the Board of Advisors, Law Enforcement Innovation Center, University of Tennessee. Sheriff Brown is a member of, and former Associate Secretary to Hong Kong, International Police Association; the Fraternal Order of Police. He is a life member of the Fraternal Order of Police, Association of the United States Army, AMVETS, The American Legion, and the National Rifle Association.

The Sheriff is a graduate of The American University, Washington, DC, with degrees in the Administration of Justice and Police Administration. Additional advanced training includes the Department of Justice Executive Development Program; the National Sheriff’s Institute; and numerous courses of instruction from the FBI, ATF, US Army, CIA, DEA, and the IRS.

Sheriff Brown’s concern for community involvement in his rural community has twice earned him recognition as Citizen of the Year by the Bedford Chapter of the NAACP. Additionally, Sheriff Brown was named Sheriff of the Year – 2017 by the National Sheriff’s Association